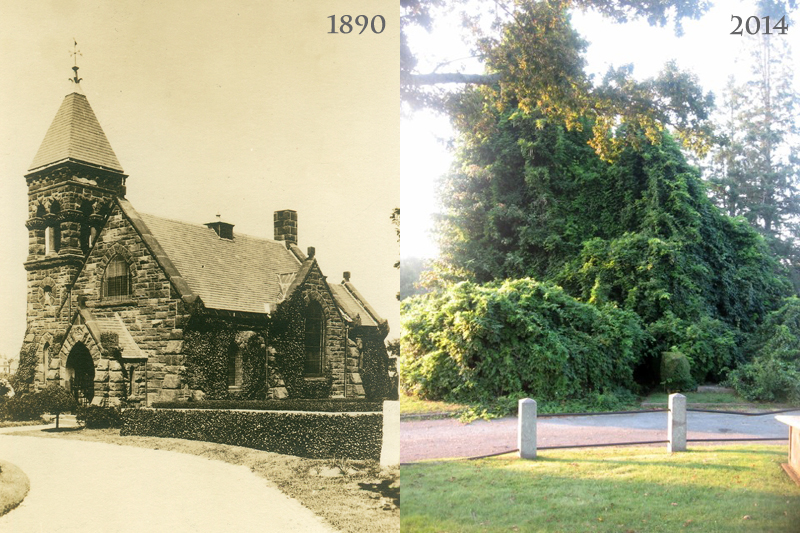 The August Belmont Memorial Chapel has commanded a dominant presence at the Island Cemetery in Newport, since its construction in 1886. Commissioned by Mr. and Mrs. August Belmont, Sr. the chapel is a memorial to their daughter Jane Pauline Belmont who died at the young age of 19. Given as a gift, the chapel’s original purpose was to serve as a site to hold committal services for those being buried at the Island Cemetery.

Over the past thirty five plus years the chapel has fallen into severe disrepair. In 2012, three preservation-minded individuals approached the Island Cemetery Company with  a proposition to save the chapel from any further deterioration. With the cemetery’s endorsement, the Belmont Chapel Foundation was established. In 2014, the Foundation was granted tax exempt status by the Internal Revenue Service. On August 7, 2014 the Belmont Chapel Foundation formalized a 99 year curator-ship and occupancy agreement with the Island Cemetery Company enabling the Foundation to restore and preserve the chapel for future generations. It is the Foundation’s goal to re-purpose the chapel so that it can be enjoyed and utilized by all who wish to visit it in the future.